So, I’ve talked about being on vacation right now. For me that means some light work from nice places while waiting to do the next thing. Right now I’m at Anthony’s Pier on Weir’s Beach on Lake Winnipesaukee. I recommend it highly. Laid back, cold drinks and good food.

I talk about the places I go for a couple reasons. First, I hope it’s motivational. For me it is. I grew up semi-poor, then middle class as my parents worked their butts off. I’ve been broke 3 times as an adult. The first time when I got married, the second when I got divorced. I nearly went broke in 2015 when in a space of six weeks I suffered permanent tissue damage to my shin from a baseball injury, then three weeks later, had my heart stopped when a baseball from a different diamond hit me flush in the heart. About a month after the heart incident, my house burned destroying the kitchen and part of the living area putting me and my kids out for 4 months. I got so depressed I lost about half my business.

Trauma and downturns hurt. Sometimes we are left with permanent scars. We all have our crosses. For me, I woke up one morning around Christmas of 2015 on my couch. I hadn’t slept in my bed in the three months since returning to the house. I realized something was wrong as I looked sideways at the Christmas lights, so I called the counselor that the courts make people with kids see when they divorce. I told him I thought I was depressed. He said no, I felt trapped. He was right. He asked me, do I want to rebuild my professional career to what it was or make a change? I wanted to make a change.

Since then, I have only taken the clients I wanted and am writing investment letters. I write the letters because I think it is the best cost effective way to help the most people. I know I’m a good investor and geopolitical analyst. I’ve been offered good jobs. But, that’s not what I want. I want to help people make their lives better, not just build the pile of money.

The second reason I talk about where I’ve been is because I’m blessed to be able to know good people who introduce me to more good people. On this trip, my 5th with this group of folks, many from the Boston area (in case you forgot, the Packers beat the Patriots in the Superbowl), we talked about a lot of things. The patriarch of the group, who was a very accomplished telecom engineer, and I started talking about AI, AR, VR and IoT. What’s coming is awesome and that’s what we’ll talk about in the 3rd section.

My most recent trip in July was to Madison, WI for Exact Sciences annual meeting. Other trips I’ve toured a Lockheed missile factory, had breakfast (including Hamm) with a big oil executive, lunch with an energy fund manager whose brain I got to Pickens, met Elon Musk for 5 minutes, talked to around a dozen billion dollar plus managers, cornered politicians, met kingmaker political hacks and kibitzed with people in the press. There’s more. I want to share what I hear and see. Some of it is worthwhile.

One last thing, as I said in the last article, the world is getting better, despite the challenges of bad people and corrupt systems. I see it everywhere I go. Our challenge individually is climbing the ladder a bit. Our challenge as a society is making sure everybody has a ladder to climb.

The Coming War With or Within Iran

While I can’t always tell you when something is going to happen, if I say it is going to happen, it probably will in at least some form eventually. If I’m not pretty sure of something, I generally keep my mouth shut. It’s sort of like poker for me, I fold a lot, but when I play, I play for real. There’s not much in between.

What is coming in Iran is a shame. The people of Iran are mostly just like us. Sure, there are some radicalized religious extremists, but most of the people just want to be happy and take care of their families. Keep that in mind when the news turns negative.

The coming war has many motivations. Some, I don’t talk about much in the press because of the complexity of the topic. In short, there is a motivation by many nations, Russia included, to defang the radical Islamists. The chief evil in the world, in my opinion, and of many analysts, are the Ayatollah and mullahs. They have been behind or instigated many global attacks by terrorists. They are a terror network with a the motivation or converting or killing. There is no doubt about that. It is stated, by them, that is their goal.

There is also the motivation of oil. Nations like Russia and Saudi Arabia need to get rid of more competition so that they can make what they need to before the oil age ends. This is why I believe Russia will not come to the full aid of Iran if they are attacked. There will be an excuse to step away. Deepwater oil is already hurt. If a couple million barrels per day are disrupted in the Middle East, oil will be back to $100 per barrel within a year after that.

I believe the war with and/or within Iran will begin in the next three years as I discussed in the Forex Analytix interview. It could happen by next spring, which, based on the timing of the Saudi Aramco IPO, makes a lot of sense.

While I would like to not see more war in the Middle East, there is a penultimate event coming. If you doubt that this conflict is coming, let me take you back a bit. Do you remember when George W. Bush said that the war on terror would be a long war? What is coming is the final massive, terrible, reprisal for 9/11.

You can choose to believe me or not, but I am 99% certain this conflict is coming. If you believe me, then there are good investments to make that could double or triple in the next several years.

It’s Time to Turn to IoT and More

The thing that is changing the world the most is technology. This has been true since the industrial revolution. Today we have the internet and I think people are taking it for granted. It is the backbone of a new world.

We are using the internet to move where we work and play. For entertainment and to solve health issues. As AI, AR and VR grow, the IoT world will too.

We are going to see smart homes, smart cars, smart grids and everything else that can be smart will be too. As artificial intelligent gets better, it will be deployed via the internet of things. Already Watson is helping create treatment plans that save lives where doctors couldn’t figure out how. Soon, we will see augmented reality help in industrial applications. Virtual reality will probably dominate entertainment, especially gaming. Think of the possibilities. Think of how to be careful. Think of the investments.

Here are two companies you should get to know. Read their investor presentations and some industry magazines. Control4 (CTRL) is the leading smart home company. They have a platform for integrating different apps so that you can control your home. Granted, the number of smart homes are new, but by the 2020s, virtually all new constructions will be smart homes. The company just beat on earnings. I have nibbled in.

The other company I have nibbled in on is Silver Spring Networks (SSNI). They are smart grid and smart city. They’ve been in a transition away from a big customer buildout to adding new customers. It is an opportunity to buy them now. Read up.

Both of these companies are in the “Growth 20” list I’ll release in a couple weeks. Have a great rest of the summer. I’ll be hitting it hard again after Labor Day. There’s a lot of change coming and in change there is opportunity. 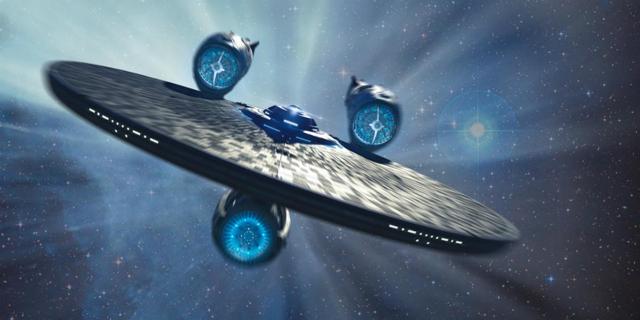 P.S. I’m using “Kirk out” because it makes me feel very Star Trekky and I like it. Reminds me of dreaming like a kid. Don’t forget to keep dreaming.