“I believe the very best money is made at the market turns. Everyone says you get killed trying to pick tops and bottoms and you make all your money by playing the trend in the middle. Well for twelve years I have been missing the meat in the middle but I have made a lot of money at tops and bottoms.”

As I type the stock market futures are showing a pretty big down opening. By morning things might be better. Or maybe worse.

In looking for stocks to buy, we need to continue to control our emotions and clicker fingers. Take a look at the charts in the Stocks of the Week article. There are a lot of charts looking for direction in the short-term.

Once that direction has been found, we can look for prices to buy. As you’ll hear in the interview with Meb Faber I did, there are some pretty bad months in the stock market from time to time. If we get one, we need to be prepared to trust our analysis, particularly of companies on the Plug & Play.

For a long time I used the 2015-16 time period as the base for looking at stocks. As QE to bail out the Repo market sent stocks up in late 2019 into January 2020, and then the stimulent fueled rally of the past year shot stocks into the stratosphere, I shifted to using the 2018 lows at the floor.

I don’t know if there’s much chance at falling through the 2018 lows. Stock prices certainly would have last March if not for the massive intervention. Whether we see 2015-16 prices is unknown, so, we need to look at where price support develops to stop any corrections.

If we don’t see 2015-16 prices, we could at least see a period of time where market churn. Wringing out the Zombies and setting valuations back somewhere towards normal will keep the indexes choppy.

I’m not saying a 50-60% correction is likely, but it’s possible. And, if it does happen, we want to load up the truck because the helicopter money is only a matter of time.

In an era of massive central bank interventions, sometimes, leading indicators are preempted by central bank or government action. Mega-corporations, California and New York can also influence the overall economy due to their continued rise in prominence. This adds to investors unwillingness to use these valuable warning signs. 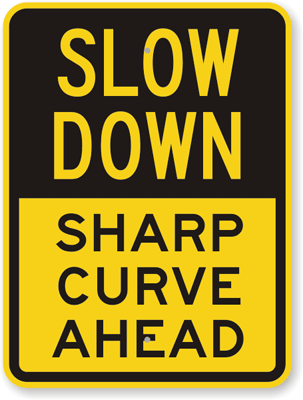 Despite warnings in 2006 and 2007, people still looked for blame to assign, rather than taking responsibility for their own investment decisions when the financial crisis came. The next downturn will have people avoiding looking in the mirror again.

Most leading indicators have appear to have reached peak plateaus and the trends have turned neutral to negative. What this means is that all the hopium baked into a massive recovery might be a little early or overdone. Small disappointments can lead to big industry, sector or full market corrections.

A Few Of Our Companies

MP Materials (MP) had a planned sale of shares from early investors to the public. It’ll take some time for the market to digest this. It shouldn’t have been unexpected, I’ve mentioned how shares will get sold into the market by early investors a number of times, but in general, for most people it was unexpected.

The other narrative with MP was that analystes revised downward their revenue expectations a bit. It appears to be a law of small numbers and growth thing to me. They took projections from a little over $200m to a little under $200m. Meh, big deal.

The story with MP is that they will be one of only a few rare earth metals miners and processors in America the next decade and that’s a big deal. I still see them joining the S&P 500 this decade after a Zombie gets killed opening up a spot.

SunPower (SPWR) has been volatile lately and seems to be finding a trading range within a correction. The company still has a bright future, but the run up on free money was overdone. Let it digest. Add to positions somewhere in the 20s.

Ford (F) got nicked today. I plan to sell puts and round up positions in coming weeks, maybe days. Same story, different price. Ford is going to be an EV leader, their 4IR opportunities are massive and their real estate is valuable.

“The stock market is a device to transfer money from the impatient to the patient.”